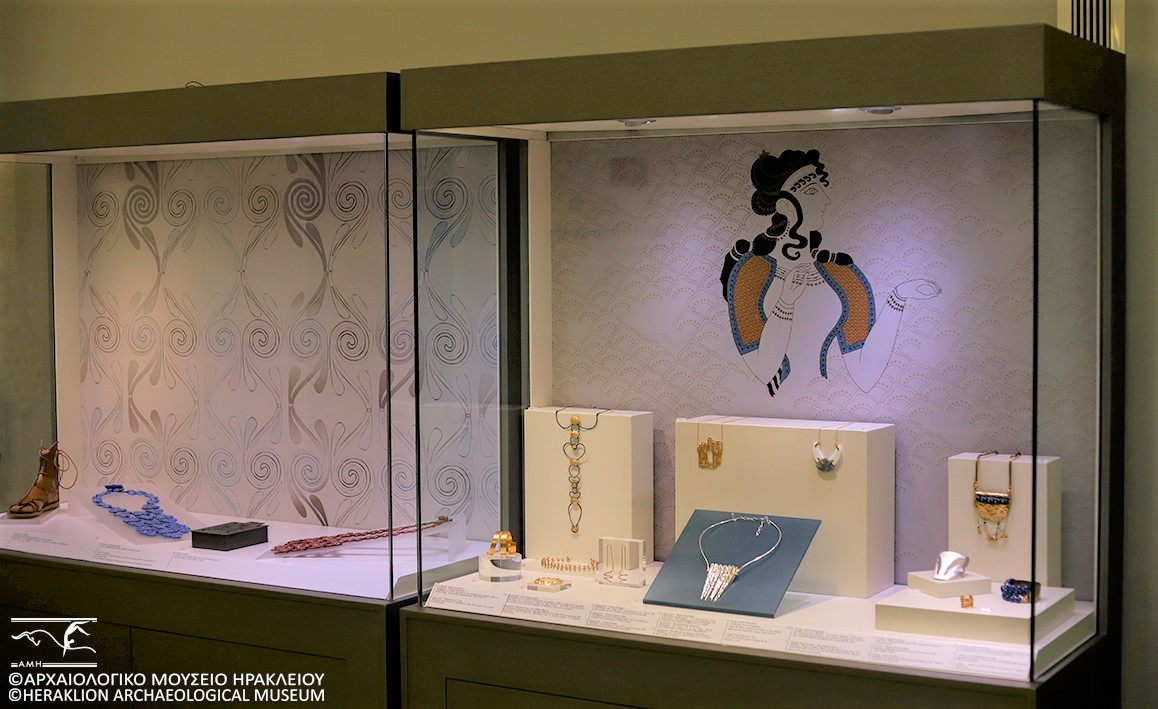 The event at the Heraklion Archaeological Museum was showcased by an exhibition of original contemporary creations, clothing, jewelry and other objects with Minoan references, which lasted for a month and was accessible to all visitors at the Museum. Branding Heritage invited distinguished Greek designers to a discourse with the great Minoan findings at the museum by creating modern jewels with the main goal of highlighting the timeless influence of the ancient Greek civilisation on contemporary creation and to strengthen the connection of entrepreneurship with cultural heritage. To this invitation there was a response by designers such as Sophia Kokosalaki, a designer who created a silver necklace inspired by the votive models of swords with thin blades, from the cave of Arkalochori, 1700-1450 BC, exclusively for the organisation, Polina Ellis, who created a silver wristband inspired by the myth of the Minotaur, Voula Karampatzaki who was inspired for her creations by the myth of Ariadne, Marmarometry by the Minoan symbol of the Horns of Consecration, Anna Kitsou Ceramic Jewelry by the ancient spiral and Croquis by Qupa by the ground plan of the palace of Knossos. The exhibition included works by the Silversmiths Association of Heraklion Prefecture and the Public Institute of Vocational Training of Rethymno. Apart from jewelry creators, the Ancient Greek Sandals brand took part in the exhibition with a Minoan sandal and Anaktae with a bronze case, inspired by the tiles of the so-called “Mosaic of the city” found at the palace of Knossos. All items were donated by the creators to the organisation and now belong to its rich Minoan collection. The exhibition of the above objects was curated by Museum staff. 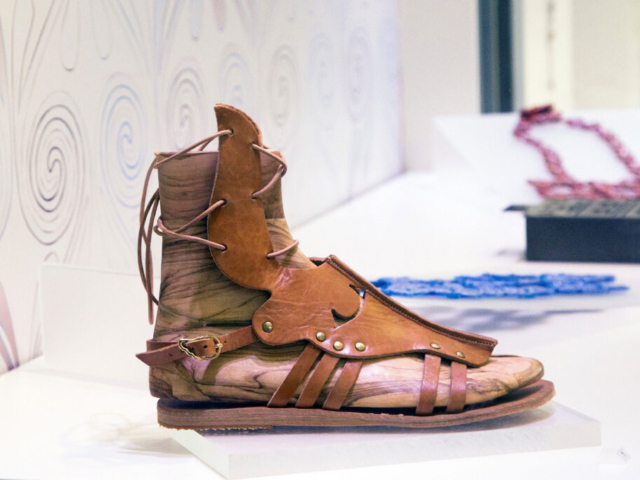 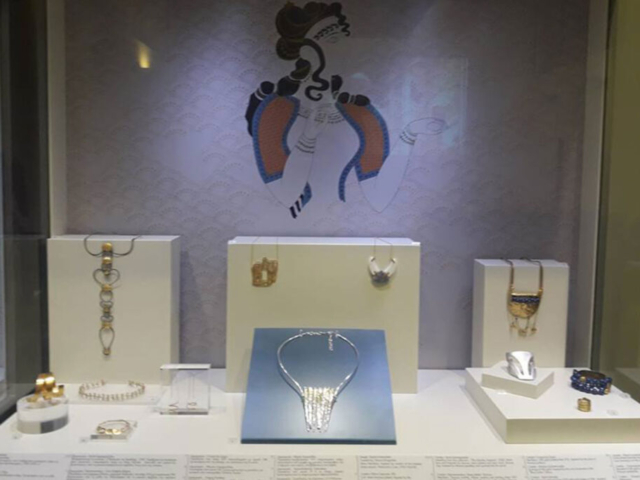 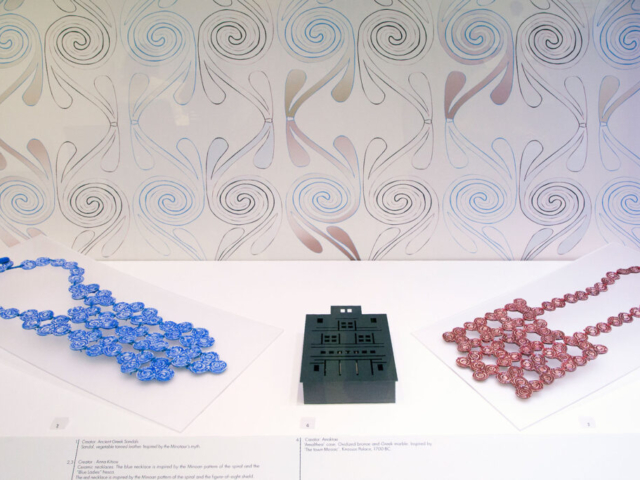 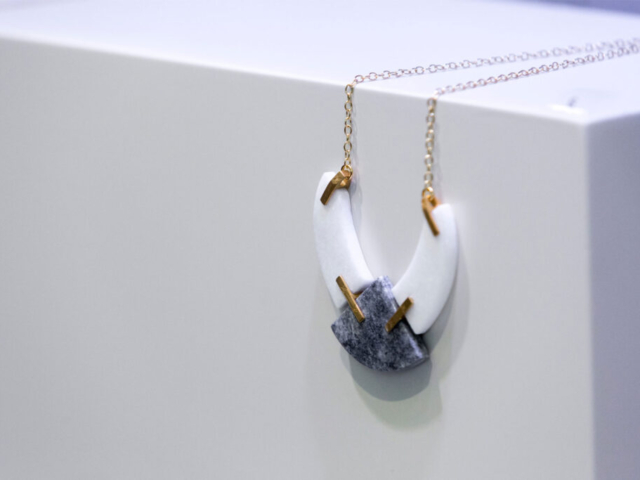 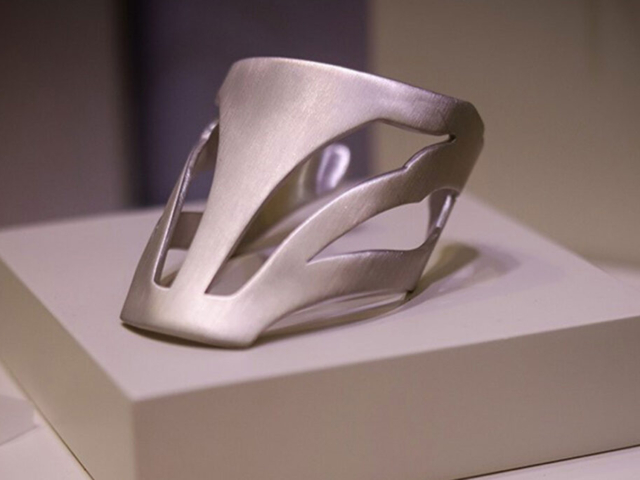 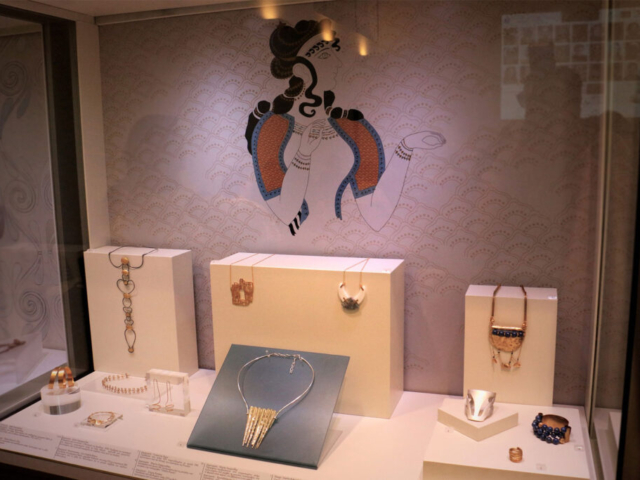 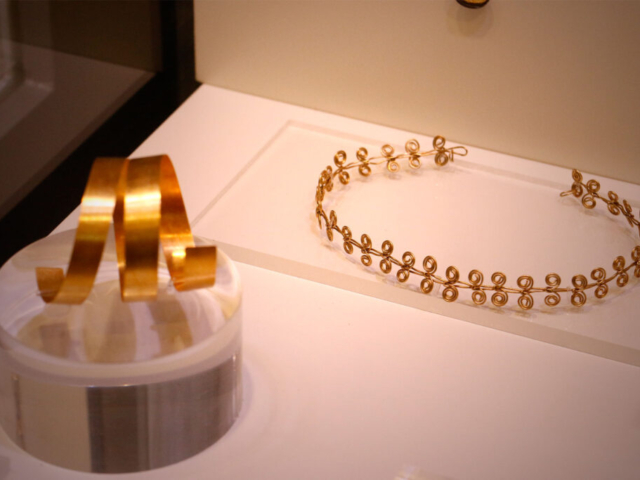 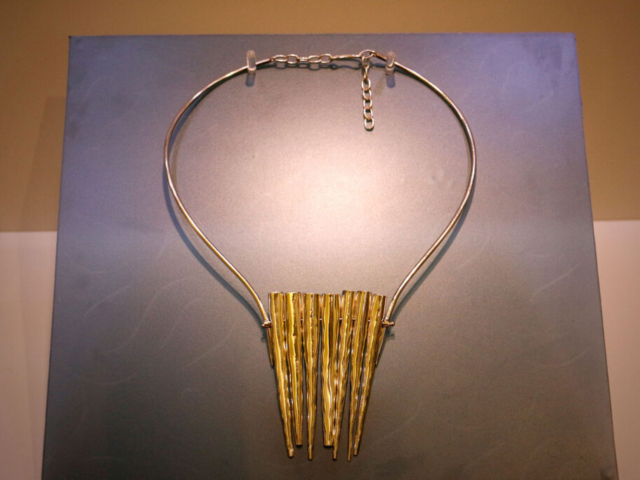 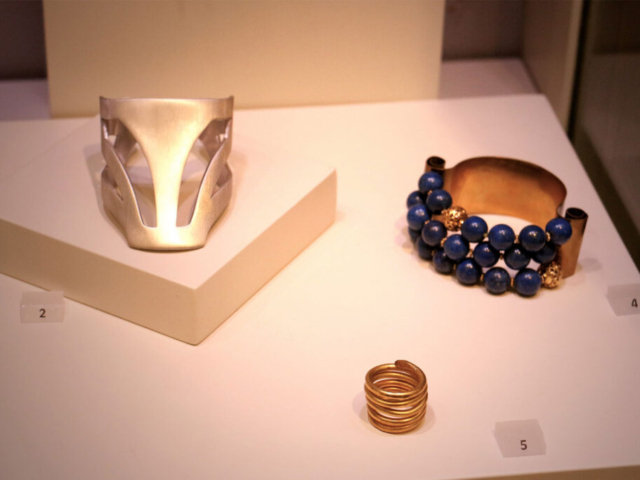 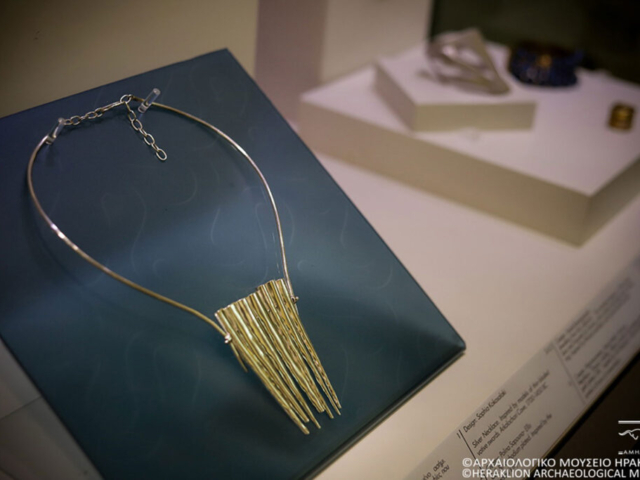 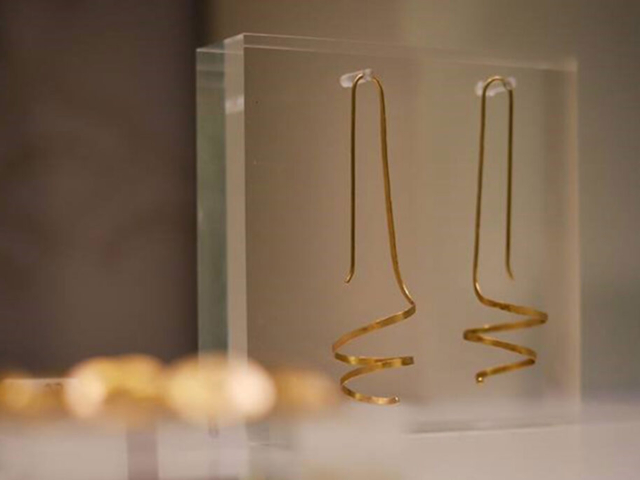 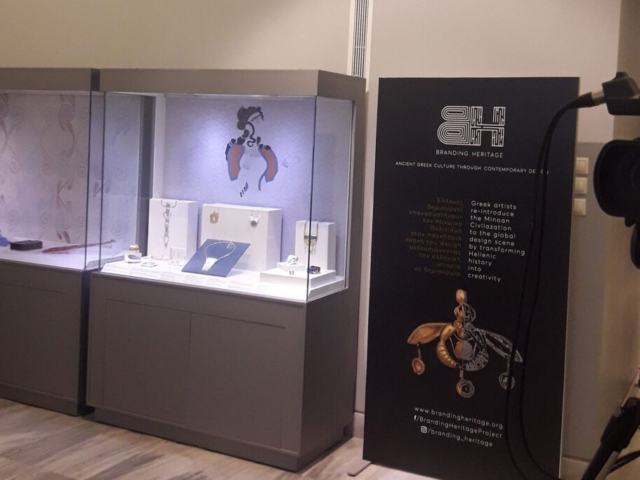 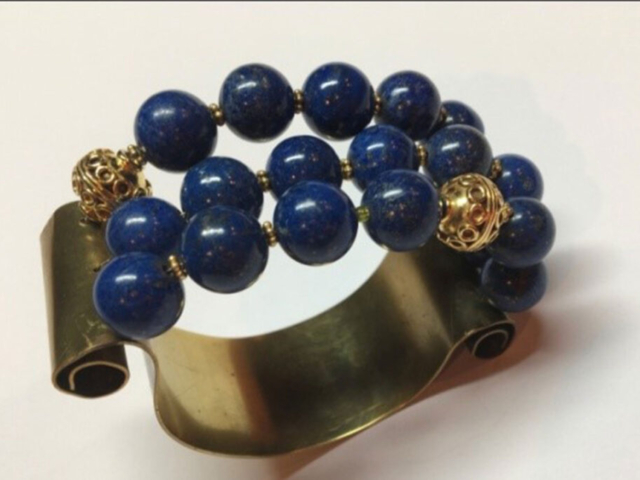 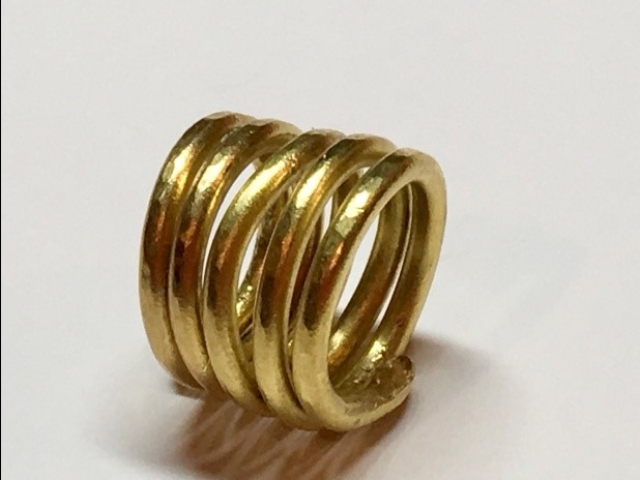 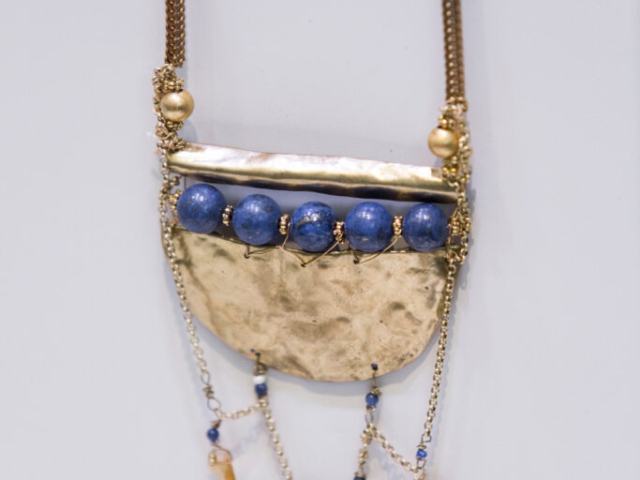 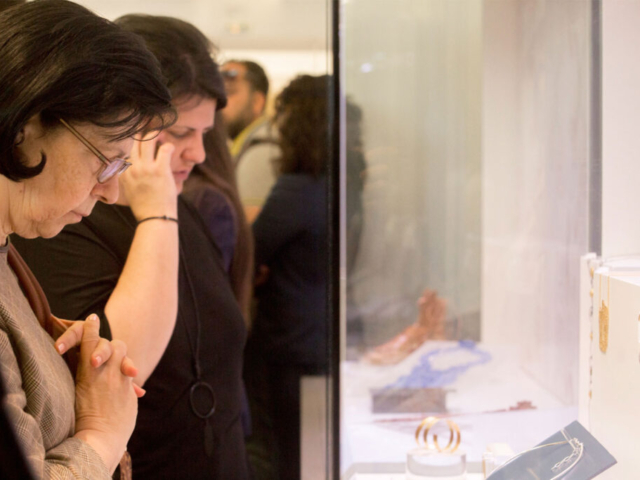 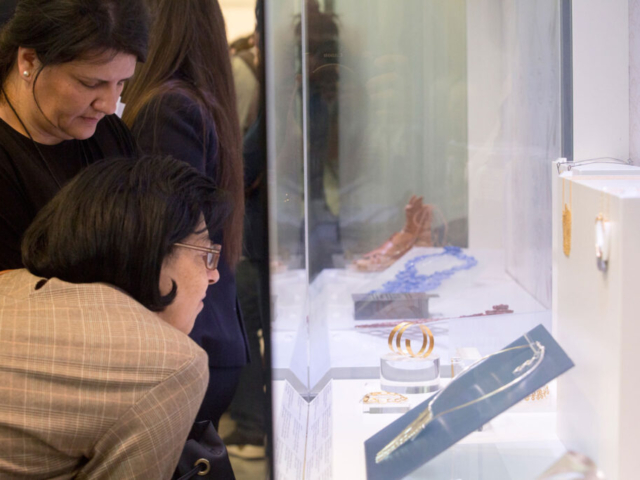