Home | Tyrian Purple, a precious pigment of the ancient world

Tyrian Purple, a precious pigment of the ancient world

January 2022 by dtesseris in Blog 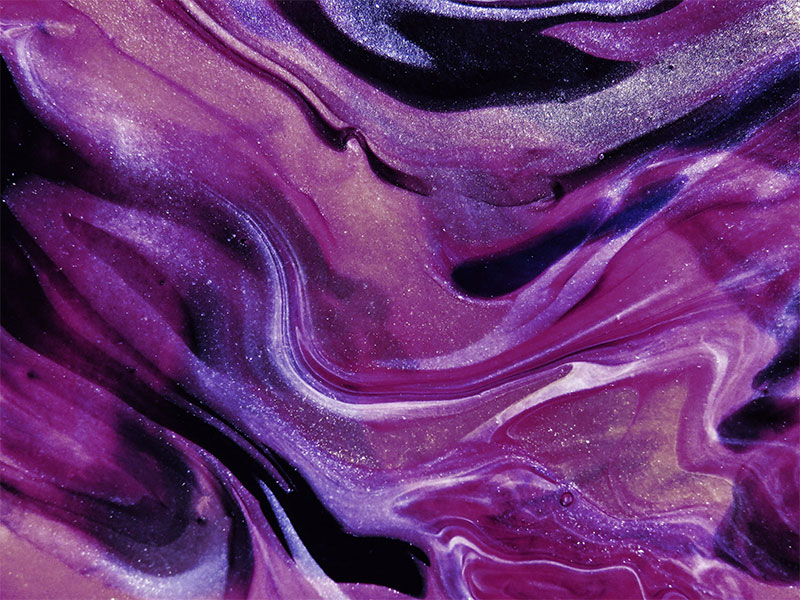 Tyrian Purple, also known as imperial dye, was the most expensive dye of the ancient world, a sacred colour, a symbol of power and authority. Only a few grammes of Tyrian Purple could be extracted from 12,000 sea shells, enough just to dye the circumference of a plain garment. That is why every purple garment was worth its weight in gold.

By Lilian Karali
Professor of Prehistoric Archaeology, University of Athens

According to mythological tradition (Pollux – Onomasticon I, 45), Hercules’ dog turned red while chewing on a murex snail. After observing the dog, nymph Phoenicia had discovered how to produce the Tyrian Purple colour. According to Pollux, this took place seven generations before the Trojan War. Other myths portray King Phoenix, the brother of Europa and Cadmus of Thebes, as the founder of the city of Tyre, where the very best purple fabrics were made. Perhaps this is why the early historians of ancient Greece used the word Phoenix to connote the meaning of “red”, in addition to that of the Phoenician national origin. The shells of the Lebanese coast are also connoted. The Phoenicians, who were the main producers of imperial purple in the 1st millennium BC, were also the principal traders of purple textiles. More recent theories, however, have rejected the myths and traditions linking the name of the Phoenicians to the discovery of Tyrian Purple. From a linguistic point of view, it is maintained that the word purple is directly derived from the Greek verb “porphyro”, which means to boil, a linguistic form of the Greek verb “phyro”. More specifically, it refers to “something that shall be boiled”. Moreover, it is well known that for the textiles to be immersed in the liquid purple dye, they first had to boil at high temperatures for several days.

The use of Tyrian Purple is also mentioned in the Homeric Epics. Andromache and Helen embroidered purple fabrics, while Hector’s ashes were placed on a purple cloth. Zeus recognized and saved Perseus thanks to his purple robe. Theseus had plunged into the sea and re-emerged dressed in purple garments, to prove his divine origin to Minos. Tyrian purple, however, continued to be used during the Geometric and the Classical periods with an emphasis on the Roman period, during which common people were forbidden by law to dress in purple garments. Rhodes, Kos, Amorgos, Chios and Nisyros, formerly named Porphyris, are some of the Aegean Islands famous for the production of Tyrian Purple. In Thessaloniki there also used to be a Tyrian Purple Dyeing Association, while the coasts of Laconia and Corinth, which constituted the most important centres of its gathering and production, used coins bearing the image of Tyrian Purple. The eastern coast of Evia and the coast of Argolis were also centres of shell gathering and production. Fabrics included in Darius’ treasure, which later became the property of Alexander the Great, were manufactured at the port of Hermione. According to Plutarch, these fabrics were worth 5000 talents. In Europe, there existed important trading centres of Tyrian Purple in Calabria, Dalmatia, Sicily and Istria.

Its colour ranges from blue, to mauve, dark red and Tyrian Purple. Pliny the Elder stated that the most desirable hue was the one that gave the impression of coagulated blood. In order to attract these sea molluscs, baits were placed in wicker baskets. The shell was then separated from the flesh, where the mollusc’s gland is located. The whole process would last 10 days. 8000 grammes of the mollusc’s flesh were needed in order to make 500 grammes of pigment. The final product was a thick liquid dye. Initially colourless or pale yellow, it subsequently acquires its impressive red colour, after being exposed to the sun and receiving the effects of a special enzyme called “Porphyrase”. Twelve thousand shells of the species Murex Brandaris produce a small amount of pigment, barely enough to dye the circumference of a plain garment.

From an archaeological point of view, it is argued that the inhabitants of the Aegean islands were the first to use Tyrian Purple. Minoans of Crete, Kythera and all other Minoan settlements in the Aegean, would gather three specific species of molluscs: Murex brandaris, purpura haemastoma and Μurex trunculus.

Texts about Royal Purple textiles on four Linear B tablets of the 13th century BC that were found in Knossos, the representations of purple garments and, finally, the presence of Murex shells in Crete and the Aegean provide evidence supporting the view that the Aegean populations were the first to produce Tyrian Purple. A variety of crushed shells of the species Murex have been found in most Minoan, and later Mycenaean, coastal settlements. Murex shells mixed with pottery produced during the Middle Minoan and Late Minoan periods can be observed in Crete, specifically in Palekastro (around 1600 BC). Excavated findings that testify to their existence were also found in the palace of Zakros, in Koufonissi, Makrygialos, Myrtos, Pyrgos, Malia, Knossos, Tylissos, Mount Juktas, Kommos, Chania, the Cyclades, the Akrotiri of Santorini, Kythera, the Peloponnesian coast, in Argolis, Attica, Aegina, Cyprus, Troy and probably the rest of the Asia Minor coast.

Based on the analysis of the excavation data, archaeologists have deduced that the beginnings of Tyrian Purple’s production should be dated to an earlier period than the Late Minoan. This also matches the dating provided by the tablets of Knossos. However, the question pertaining to the actual genesis and extent of that production remains unanswered. Although Tyrian Purple is now a synthetic colour, its production and distribution is a subject that continues to baffle both researchers of the past and the present.

Presentation of the project ‘The Weavers of Crete’ in Heraklion