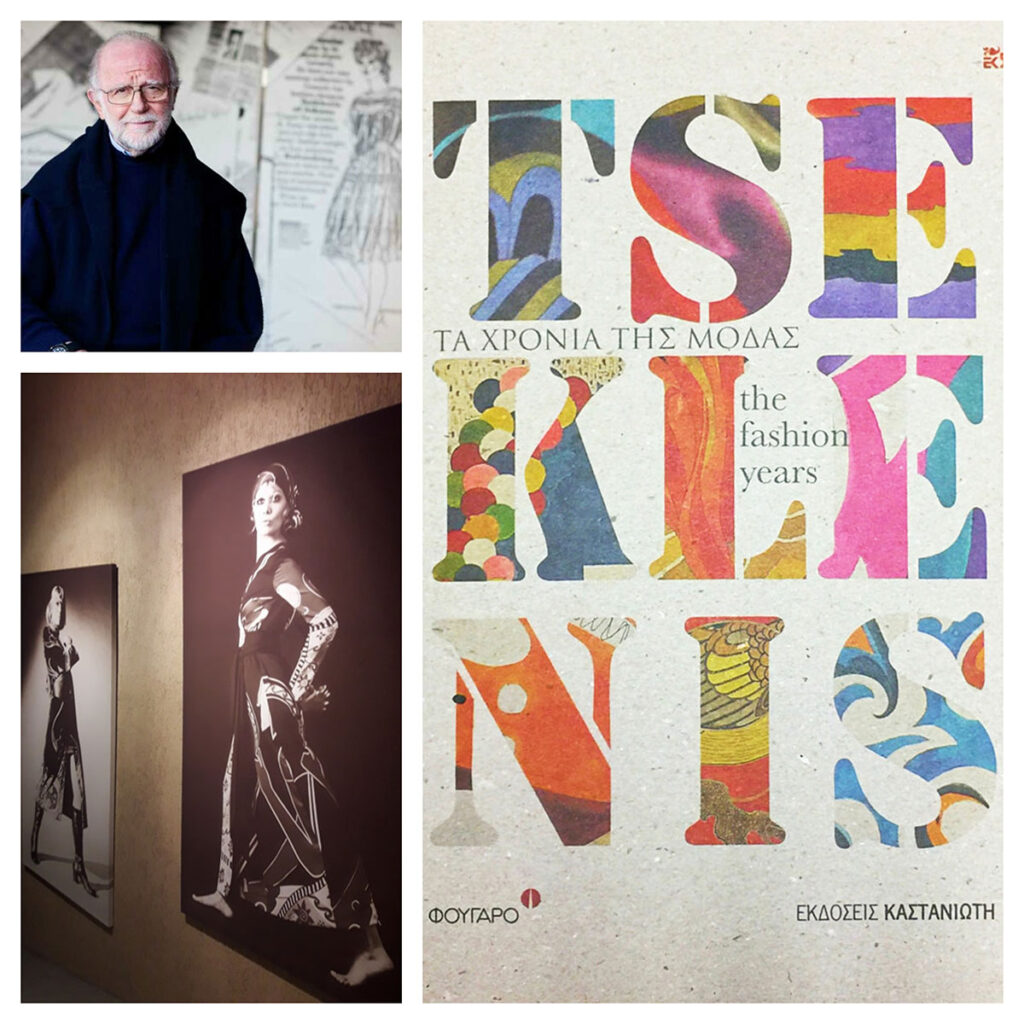 THE HONORARY PARTICIPATION OF YANNIS TSEKLENIS

The great Yannis Tseklenis had agreed to actively participate in Branding Heritage’s efforts as a consultant supporting its work. On January 29, 2020, the great designer passed away, leaving behind a significant legacy in the world of fashion. He innovated, inspired, was distinguished and made us proud. We owe him a lot for everything he has offered us. His support has been a great honour for BH. Below you can watch the recorded message of his address and read his speech, with which he participated in the BH “Contemporary Minoans” event that took place at the Heraklion Archaeological Museum in Crete, in 2018.

“I greet you all from afar, because I could not be with you. To begin with, I would like to congratulate the Heraklion Archaeological Museum, which has opened its doors to creation and encourages young creators to use the incredible themes of Minoan culture in fashion and jewellery. For 52 years now, I have personally been very involved in Greek affairs, whenever the trends, whether international or not, would become ethnic. The vessels exhibited at the Museum of Heraklion were the source of inspiration for my first designs themed on Greek culture. My 1967 collection was inspired by Cretan ceramics. The Minoan octopuses are apparent in my designs. Along with my greeting, I would like to give a piece of advice to the younger generation of designers, and that is to avoid depicting themes as they are and to use their creative aptitude to take designs one step further, so that they don’t look like a copy-paste work. The red-figure vases I designed on clothes in the ’70s are far from what I had seen in findings. Consumers took a liking to them, because they didn’t feel that they were buying a tourist product from a souvenir shop, but rather a contemporary object of cultural value. I wish them good luck in this endeavour and I hope that this sets an example, so that all the museums in Greece can communicate with young creators. We should not forget to congratulate the efforts of Branding Heritage – although it might seem a bit like I am bragging, since I have accepted the honorary proposal to be their consultant. I believe that these efforts have a long way to go, but they have already taken the first truly steady steps by encouraging creators to draw inspiration from ancient the Greek civilization.”