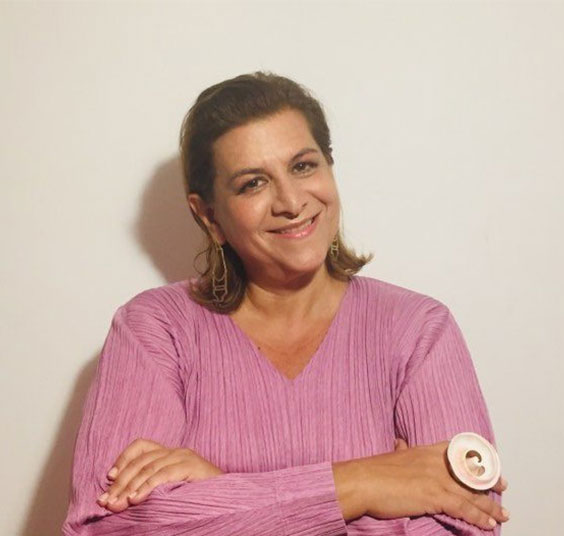 Elis Kiss is Fashion Features Director at Vogue Greece and editor of “K” magazine, of newspaper KATHIMERINI. From 1992 to 1997 she worked for the International Herald Tribune newspaper in Paris and was an apprentice of the great fashion journalist, Suzy Menkes. She returned to Greece where she joined the Kathimerini English Edition team, the daily newspaper’s English version, initially as an editor and later as editor-in-chief of the cultural department (1998-2016).  The fashion industry is at the centre of her interests, but her researches are mainly focused on its social, cultural, financial and sustainable dimensions. She has participated in dozens of conferences on the fashion industry as a speaker and has coordinated several workshops and discussions both in Greece and abroad. On Greek television, she has worked as co-editor in the ERT 1 show “Istories Modas” (Fashion Stories), hosted by Katia Zygouli. She has also collaborated with satellite channel ERT SAT as a reporter for the TV show “Hellenic Weekly”, while her pieces have been published in both Greek and international Press, including the former International ‘Herald Tribune’ (currently the International ‘New York Times’) and the fashion industry’s daily newspaper, “Women’s Wear Daily” (WWD). Elis Kiss was born in Edinburgh, Scotland, in 1968, and studied European Studies and Italian at the University of Kent in the UK.