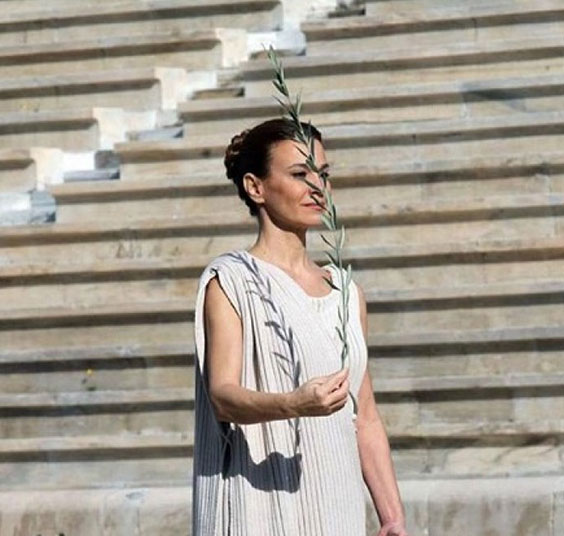 Artemis Ignatiou succeeded the legendary Maria Hors in 2008. With 6 Olympics under her belt, she proves to be a worthy successor of her emblematic teacher. Despite her predecessor’s unbeatable record, she manages to successfully perform one of the most significant cultural events on the planet: the Lighting Ceremony of the Olympic Flame. She teaches her dance group by drawing inspiration from the representations of ancient vessels and the harmony of ancient Greek sculptures, hence contributing to conveying the Idea of the Games and Olympism throughout the world. Holding degrees from renowned New York Dance Schools, such as Merce Cunningham, Movement Research and Martha Graham, and having studied drama at H.B. Studio (Herbert Berghof – Uta Hagen), the Official Choreographer of the Olympic Flame Lighting and Torch Relay Ceremony, currently holds the position of Vice President of the Union of Greek Choreographers, Secretary of the Greek Department of the International Dance Council of UNESCO, and is a member of the Committee of the Ministry of Culture for Introductory and Diplomatic Dance Examinations. She has also choreographed the Lighting Ceremonies for the European Youth Olympic Festivals at the Panathenaic Stadium and Pnyx for 10 more cities abroad, including Bath in 1995, where she participated as High Priestess. Furthermore, she is the founder of the ART Dance Theatre, staging several productions in Greece and abroad, teaches dance and movement classes in Drama Schools, such as the National Theatre and Athens Conservatoire, and has edited the choreography of many theatrical performances and operas. In 2016, the Municipality of Ancient Olympia honoured her by declaring her an Honorary Citizen of the city.