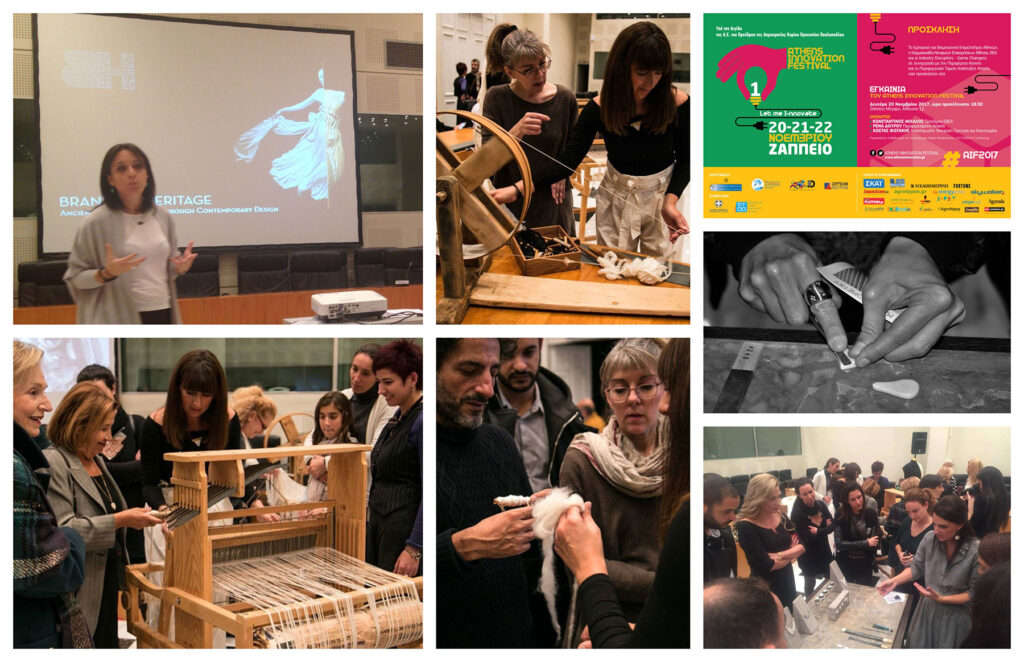 PARTICIPATION OF BRANDING HERITAGE IN THE ATHENS INNOVATION FESTIVAL

Branding Heritage organised the first event for the promotion of cultural entrepreneurship on November 20, 2017, within the frame of the Athens Innovation Festival held at the Zappeion Megaron and organized by the Athens Chamber of Commerce and Industry (ACCI) in collaboration with the Attica Region, under the auspices of the President of the Republic. In an effort to promote cultural entrepreneurship, BH presented two workshops of ancient techniques (revival of ancient Greek weaving/loom and conversion of Greek marble into miniature jewellery) in collaboration with creators Faye Chatzi and Nefelly Vlachou, founder of Marmarometry, which meaningfully transforms the ancient Greek heritage into contemporary creation. The event was attended by two of BH’s scientific associates, Olga Stavropoulou, founder of Militos Consulting S.A. and social enterprise Knowl, and Dr Stella Spantidaki, archaeologist and president of the Hellenic Centre for Research and Conservation of Archaeological Textiles ‘ARTEX’. Among the attendees were representatives of the Lyceum Club of Greek Women, Julia Aretaiou (General Secretary of the Lyceum) and Tina Athanasiadou (Superintendent of Greeks Abroad) who support Branding Heritage in the effort to promote young Greek creators who keep our cultural heritage alive. 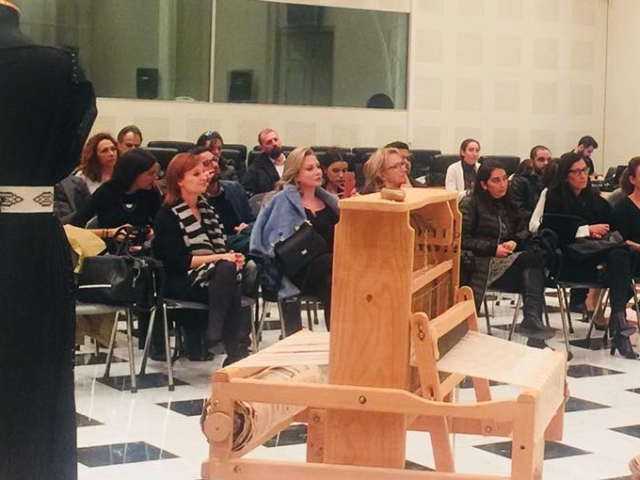